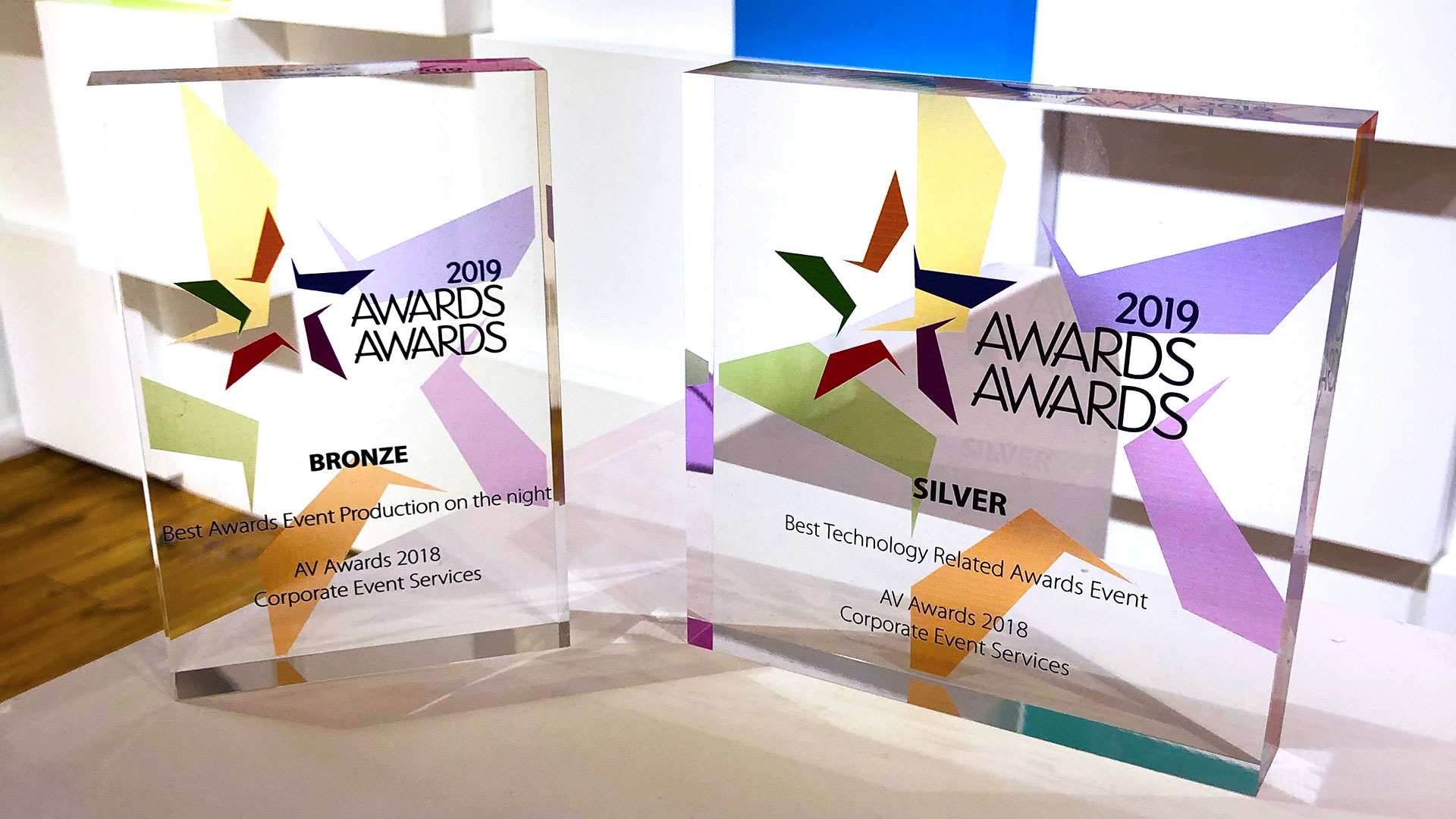 Double recognition for Corporate Events at the Awards Awards

The Awards Awards were doubly successful for Corporate Events after picking up accolades in both categories we had been named finalists in.

Back in March, we revealed that we had been selected as finalists for two categories for the AV Awards 2018 – the 20th anniversary awards ceremony we delivered in September 2018. This circus meets steampunk extravaganza was 10 months in the making and involved meticulous planning to co-ordinate multiple suppliers to produce a seamless and mesmerising event.

We were awarded Silver for Best Technology Related Awards Event and Bronze for Best Awards Event Production (on the night). Andy Ashley, Managing Director of Corporate Events, says, “We are absolutely delighted to win both silver and bronze in our two awards categories, the team worked extremely hard to create an amazing show and these awards are great recognition for the whole team…bring on 2020.”

The Global Conference Network’s Awards Awards were held at etc.venues 133 Houndsditch on Friday 17th May.  The third annual award ceremony was hosted by Rory Bremner with entertainment from impressionist singer, Jess Robinson.