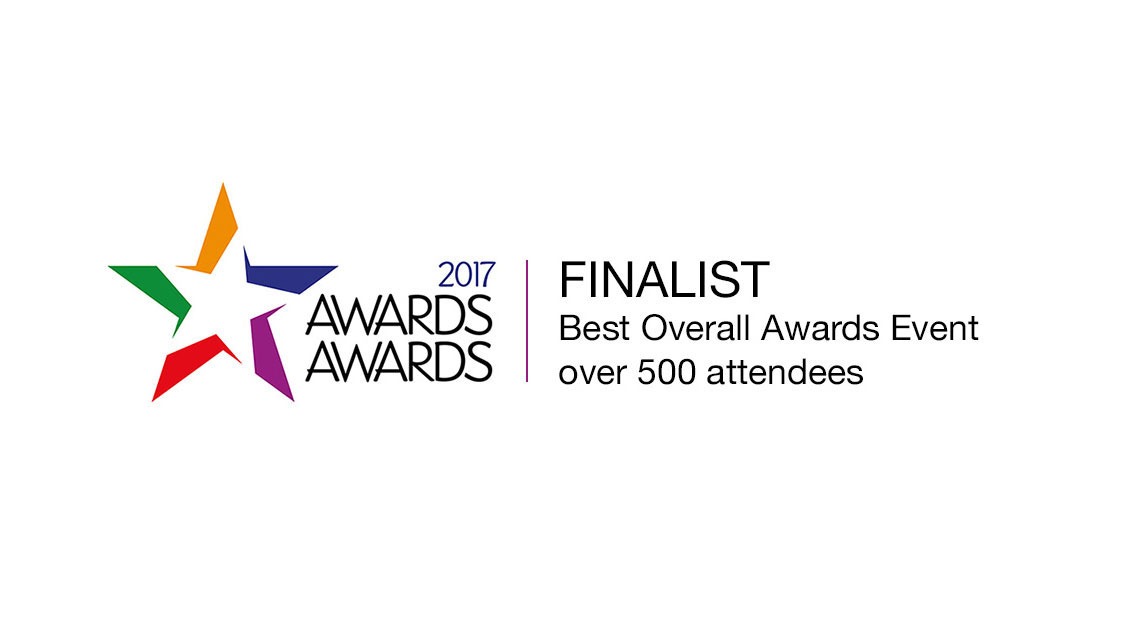 We are excited to announce that we have been shortlisted in three categories for the Global Conference Network’s Awards Awards! In 2016 we produced more awards shows than we ever have before so being named finalists is a great testament to the team.

We have been shortlisted alongside our long standing client William Reed Business Media in both ‘The Best Managed Awards Event’ and ‘The Best Overall Awards Event – over 500 attendees’ categories for the Publican Awards 2016. Last year the Publican Awards celebrated its 25th-anniversary and was their biggest event to date with over 1400 industry professionals attending and a successful attempt at setting the world record for the world’s largest beer tasting! The team worked hard to deliver a true spectacular that exceeded our client’s expectations so we’re keeping our fingers crossed that it becomes award-winning!

To top it all off we have also been shortlisted for the ‘Best Awards Supplier’! We deliver over 400 events a year and a large proportion of those are award shows. Being a fully in-house production agency, we are able to offer our clients a service that integrates technical, event management and creative, all under one roof.

“It’s an exciting time for us. We have already welcomed four new members to the team and that number is only set to grow over the next quarter. It is great to be recognised for the hard work and commitment that has been put in over the last year, each and every member of the team plays a huge part in making every event a huge success. We now have our fingers crossed and hope to bring home some silverware from the ceremony in May.”