BMW looked to the future as they launched ‘The Next 100 Years’ campaign and the unveiling of the ‘Vision 100’ concept car for their 100-year Centenary at Munich’s Olympic Park.

As a business focused on their employees, BMW wanted to host virtual live streamed screenings of the event at Olympic Park across all of their offices, to ensure every member of staff was involved, motivated and inspired by the vision.

As a long-standing client, BMW chose the team at Corporate Events to co-ordinate the live screening in their Farnborough office. 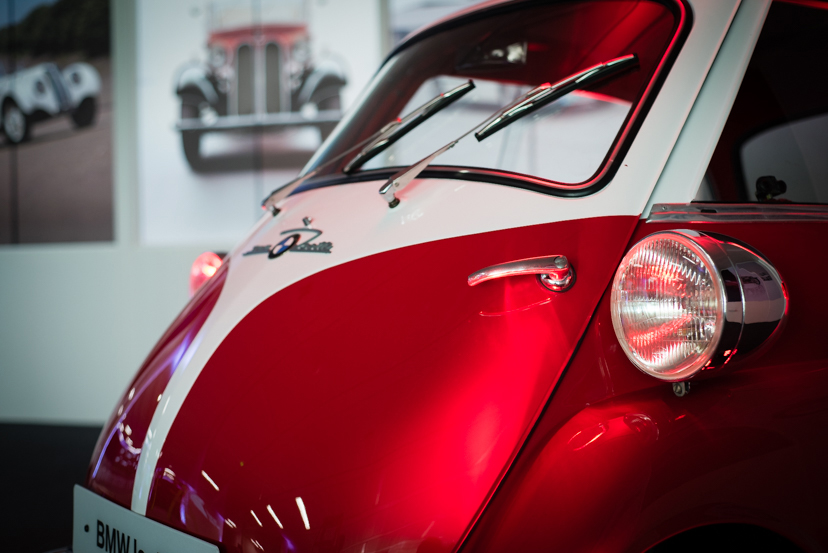 Reflecting the impact that delegates would experience at Olympic Park into the space at Farnborough was vital, so that employees were part of a wider community, with one common goal.

Height restrictions in the event space inspired us to install three video walls across the set rather than projection, which delivered an impressive focal point and delivered upon the three core elements of cinematic, futuristic and innovative.

The most important element of the event and the biggest challenge was the live streaming of the content. There was no room for error as the scheduling was completely out of our hands.

We used an outside satellite vehicle to stream the event live from Munich and although the technical team had meticulously planned for every eventuality, there was no way of knowing how reliable the live stream would be with so many factors to take into consideration.

Therefore, working with the event managers, client and venue, the team produced a 3 phase back up plan to ensure that no matter what happened, whether on site, or in Munich, the delegates would have a seamless show to watch.

Aiming to replicate elements from both the centenary event and BMW’s ‘Next 100 Years’ campaign, the pop-up cinema look, took on a futuristic theme.

Simple, clear acrylic furniture and lighting similar to that in Munich, created the cinematic and high-end feel for the attendees.

Employees entered the space through the historic car display in the atrium, which was lit with LED up-lighters and programmed to replicate the suspense at the beginning of film through colour-changing lighting design.

And of course, going to the cinema wouldn’t be the same without snacks, so on arrival all guests were given a BMW goody bag with branded Joe&Seph’s popcorn, Fiji Water and an individually boxed Krispy Kreme donut to enjoy! 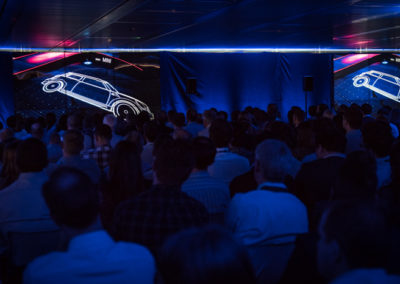 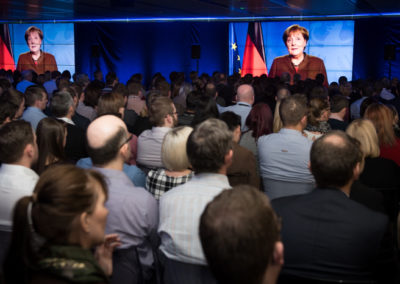 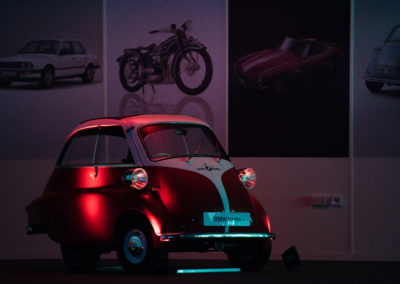 Employee feedback was impressive and BMW enjoyed huge positive response to not only the centenary campaign, but also the way in which the live-stream event was enhanced and focussed on the future. Here’s to the next 100 years…